Danny Thorpe: Why The Name "Delphi?"

This article originally appeared on the Borland museum website. 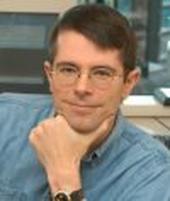 "Delphi" started out as a beta codename for a closely guarded skunkworks project at Borland: a next-generation visual development environment for Windows based on Borland's Object Pascal programming language. The codename hatched in mid 1993, after the development team had been through about 6 months of deep research, proof-of-concept exercises, and market analysis. Members of the then Pascal development team were hanging around R&D Manager Gary Whizin's office brainstorming clever codenames to use for the new product. It was not a large office, but it was not a large team either - about 10 people between R&D, QA, Pubs, and Marketing. It would have been odd not to see Anders Heilsberg, Chuck Jazdzewski, Allen Bauer, Zack Urlocker, Richard Nelson, myself, and several other regulars jawing away on some topic or another in Gary's office. For the codename jam sessions, there may have been some overflow into the hallway.

Borland has a long history of "unusual" codenames, some with catchy slogans or backgrounds that tie the odd name to the market or product focus. A codename should have no obvious connection to the product, so that if an eavesdropper overhears the name in conversation it won't be too obvious what product is being discussed. The difference between an everyday disposable codename a great codename is the pithy passphrase behind it. The most memorable for me was the codename for Quattro Pro 4.0: "Budda". Why? It was to assume the Lotus position!

So we were sitting in Gary's office, kicking around weird and wacky codename possibilities. The strategic decision to make database tools and connectivity a central part of the new Pascal product had been made only a few days before, so Gary was keen on having a codename that played up the new database focus of the proposed product, and of its development team. The database shift was no small matter - I remember having grave reservations about "polluting" the Pascal tools with database arcana that took me almost a year to shake off. It was a big gamble for Borland, but it was very carefully measured, planned, and implemented. In hindsight, making Delphi a database product was exactly what was needed to break Borland's Pascal tools out of the Visual Basic - C++ market squeeze play and set Delphi head and shoulders above traditional Windows development tools.
Gary kept coming back to the codename "Oracle", referring to SQL connectivity to Oracle servers. "Oracle" didn't fly with the group, though. Aside from the obvious confusion with the same-name company and server product, the name itself implied server stuff, whereas the product we were building was (at that time) a client building tool, a way to talk to Oracle and other servers.

How do you talk to an oracle? "The Oracle at Delphi" was the word association that popped into my head. So I offered up "Delphi": If you want to talk to [the] Oracle, go to Delphi.
The suggestion wasn't an instant hit. It's an old name, an old place, a pagan temple in the ruins of a dead civilization. Not exactly an inspiring association for a new product! As some press articles later noted, the Delphic Oracle was particularly infamous for giving out cryptic or double-edged answers - not a great association for a data management tool. Asking a question of the oracle was free to all, but having the oracle's answer interpreted and explained (compiled?) cost a pretty drachma. (The marketing guys liked that part)
Overall, though, the "Delphi" codename had a classier ring to it than the sea of spent puns that littered the room. Pascal is a classic programming language, so it just felt fitting somehow to associate a Pascal-based development tool with a classical Greek image. And as Greek mythologies go, the temple at Delphi is one of the least incestuous, murderous, or tragic ancient Greek icons you'll find.

We went through a lot of codenames during the development of that 1.0 product, coining a different codename for each press or corporate briefing of the beta product. This was an effort to limit rumors and allow us to track the source of leaks. The last thing we wanted was for you-know-who to get wind of what we were up to. Through all these disposable codenames, the Delphi codename stuck. Towards the end of the development cycle, marketing started using the Delphi codename across all prepress and corporate briefings, and as the codename for the final beta releases. That got the rumor mills talking to each other, and the tools industry was abuzz with talk about this secret project at Borland codenamed "Delphi". J.D. Hildebrand wrote a whole editorial in Windows Tech Journal about the "Delphi buzz" months before the product was launched. (paraphrased: "I can't tell you what it is, but I can tell you this: Delphi is going to change our lives.")

When it came time to pick a retail product name, the nominations were less than inspiring.. The "functional" name, a name that describes what the product actually does and is therefore much easier to market and sell, would have been AppBuilder. This name actually still appears in some IDE internal class names, such as the class name of the IDE main window. (R&D caved in to the functional name pressures and set about implementing it early) But AppBuilder didn't light up people's imagination. It didn't work well internationally - functional names are only functional in their language of origin.

Thankfully, a few months before Delphi was scheduled for release Novell shipped their own product called Visual AppBuilder. There was much rejoicing in the Borland halls, for at last the "AppBuilder" debate was laid to rest. With the functional name taken out of the running, suggestions started coming from all quarters to use the Delphi codename as the product name.

Delphi wasn't home-free yet. The lead marketing person had legitimate concerns about the extra effort that would be required to build name recognition in the marketplace for an "iconic" (opposite of functional) product name, so he requested a vote of the development team. There was only one vote against (guess who?). Much to our chagrin, someone came to the conclusion that the development team's views were not an accurate representation of the marketplace ("sample error" was the phrase I heard), and pressed for a survey of the beta testers. When that poll didn't produce the result he wanted, the survey was broadened again to include Borland's international subsidiaries, press, market analysts, stock analysts, corporate accounts, software retailers, and probably a few K-Mart shoppers. It became a bit of a comedy: the harder people tried to dismiss "Delphi" for the product name, the more it gained support.

"Delphi" has a classical ring to it. It has a consistent meaning/word association worldwide in all languages. It has no embarrassing vulgar slang meanings in other languages (that I'm aware of). Most of all, the marketing guys had done a marvelous job of building up market anticipation and buzz around the "Delphi" name. The market was primed and ravenous for this thing called "Delphi".

And that, boys and girls, is how the Delphi product got its name.

Danny Thorpe  joined Borland in 1990 around the same time I did. He worked on the QA Team for Turbo Pascal and later as part of the original Delphi team. Danny came up with the Delphi name and later worked on key parts of the compiler, VCL library and IDE.