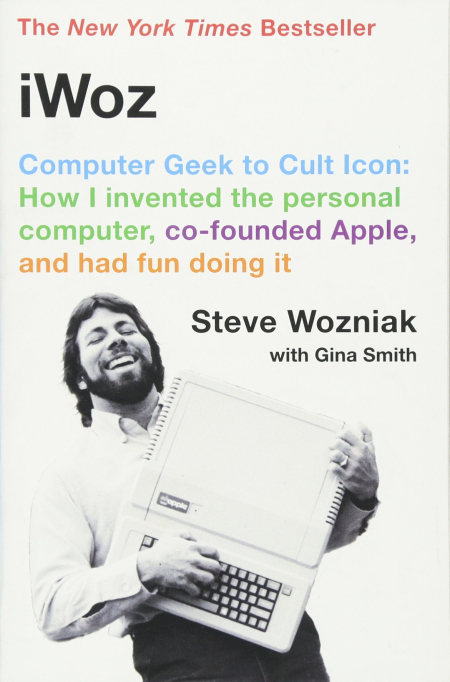 I must have read a dozen books about the founding of Apple Computer over the years, so when co-founder Steve Wozniak wrote his autobiography iWoz a few years back, I made a mental note of it, but never got around to reading it. Woz and I happened to be speaking at the same conference last week. They say you should never meet your heroes, but meeting Wozniak was a real honor. He is one of the most talented engineers and nicest guys I've met. His onstage interview was a bit scattered (imagine opening a faucet of Woz), but it was great to hear him speak about his experiences in designing the Apple II computer, how Basic and Visicalc helped turn the Apple II into a platform, the importance of privacy in social media, etc.

iWoz is co-written with veteran PC Week reporter Gina Smith though told in Woz's unique style. Smith spent over a thousand hours interviewing Woz and then transcribing and reviewing the interviews and suffering through numerous Woz pranks. Woz's sense of humor and lightness come through in spades. 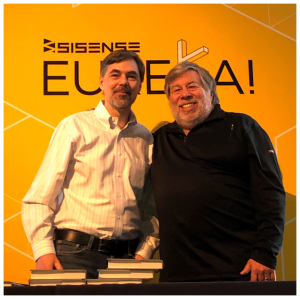 Although Woz was less a part of Apple than Steve Jobs in later years, those who know the history know that Apple would not have existed without Woz. The Apple II computer effectively created the personal computer revolution. It was first all-in-one design, the first computer that you could plug in and use. The Apple II+ was the first computer I bought and I still have one in my closet. It works perfectly 40 years later.

With the average iPhone app today weighing in at 100mb or more, it's hard to appreciate how much work went into creating software that could run on a 48k machine running at 1Mhz. It was Woz and other early apple employees like Randy Wigginton, Chris Espinosa, Bill Fernandez, Daniel Kottke, who labored to make that Apple II a reality. Woz, gave some of these early employees shares of stock worth tens of millions of dollars out of his own pocket when Jobs refused.

For those interested in the history of Apple, this book is a unique opportunity to hear it from the guy who built it. You get everything from selling blue boxes with Steve Jobs to how he built what became the Integrated Woz Machine (IWM) disk controller for the Apple II and Mac.

Here are a few excerpts from the Q&A with Woz: