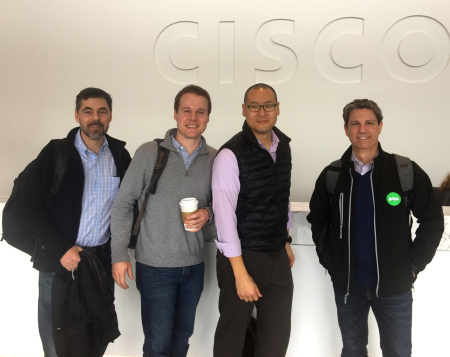 Congratulations to Duo Security, which announced that it is to be acquired by Cisco Systems for $2.35b. This is a great outcome for all involved, and I'm very proud of what the team has accomplished.

I worked with Duo for about three years, initially as an advisor and ultimately as Chief Operating Officer running Sales, Marketing, Products, Engineering and Services. I helped grow the company from around $7m in Annual Recurring Revenue (ARR) to about $100m. The company has continued to grow to 700 employees, 12,000 customers and revenues that I estimate could exceed $200m ARR by year end, based on prior published numbers.

Duo is the fastest growing company I've been a part of; faster even than Zendesk or MySQL. When a company grows this quickly, it becomes a different organization every year. The early sub-$10m revenue company is quite different from where Duo is today. I would always tell new employees to be prepared for change. What remained constant was an underlying set of midwestern values of hard work, customer care and innovation that made Duo special. (Also we had a really good fun band called "Louder Than Necessary.")

It's a testament to the founders' vision and the management skills of the leaders we recruited that the company scaled so well. I remain especially proud of the many people we hired, promoted and developed to become the future leaders in the company. As news of the acquisition came out, many people have asked me about the deal, so here are my thoughts...

First of all, this should be recognized as an absolute success for the management team. To grow a company to this size and value is very rare. Less than 1% of venture-backed companies get to a valuation of $1 billion. It's also one of the biggest software successes in the midwest and proves that you don't have to be in Silicon Valley to win big. (Duo has in fact expanded into San Mateo, Austin, London and Detroit. Part of Duo's success is due to these multiple locations, but that's a another story.)

Secondly, this deal creates a larger force in the industry. There is no doubt that Duo could have proceeded towards an IPO in 2019; they had in fact hired several new executives to lead these efforts in recent months. But the combination of Cisco and Duo together is more significant than Duo on its own. There has been a large amount of consolidation in the security space in the last few years and I believe Cisco will emerge as a leader. They have the respect and attention of Global 2000 CISOs and CIOs, a strong worldwide sales machine and a large number of related products. In a few years time, it will be clear that Microsoft isn't the only company that is capable of reinvention. 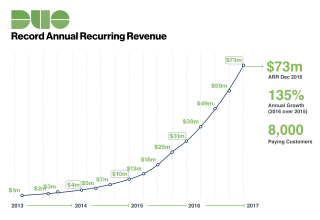 Thirdly, this represents an opportunity for further growth for the team at Duo. Cisco plays on a larger global stage than Duo could on its own. But Duo's executives, managers, engineers, security experts, sales people, support engineers, product team and marketing organization have a lot of mojo to contribute. Duo has become one of the fastest growing SaaS companies on the planet and they know a thing or two about making security easy. The company has a Net Promoter Score (NPS) of 68, one of the highest in the industry!

And that is the key to why this deal makes sense to me. The combination gives Duo scale. But it also injects speed and innovation into an industry that needs it. The old approach to security, locking down your network with a VPN and using old-fogey security tokens doesn't work when your applications are in the cloud, employees are mobile and hackers are targeting everyone and every thing. I believe Duo is well positioned to lead with a modern new approach to security.

There's also a fourth point, which in the long term could become even more significant. Duo's success injects a large amount of capital in the Ann Arbor / Detroit area. The company has also developed tremendous expertise in building a SaaS company at scale. That combination of capital and talent will result in the creation of additional startups in coming years. Duo's investors (Benchmark, GV, Index, Redpoint, Rennaissance, True Ventures...) did very well and are likely to be open to investing in new startups in the region alongside other firms focused on the midwest such as Drive Capital, eLab Ventures, Steve Case's Revolution, RPM Ventures and others. This acquisition shines a spotlight on Michigan's growing tech scene and that will have all kinds of positive impact on investment, innovation and job creation.

To all my friends at Duo, this is a vote of confidence in all that you have created. I wish you congratulations on achieving this milestone. Now there's an even bigger opportunity to take this product line, security expertise and company culture to a bigger audience than we ever thought possible.