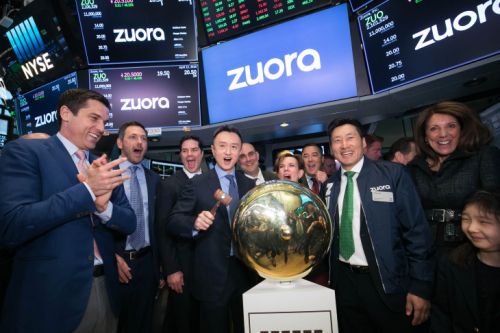 It looks like 2018 will be the strongest year in tech IPOs in recent history. Although some of the largest companies (Airbnb, Uber) are still waiting on the sidelines, so far we've seen a large number of very successful IPOs including DropBox, Zuora, ZScaler, Spotify and others. This week there were three strong IPOs including Ceridian, Docusign and Smartsheet which popped 30-42% in their debut. These companies all have much stronger fundamentals than some of the troubled IPOs of 2017 (Blue Apron, SnapChat) which gave investors pause.

Pivotal is the only IPO that had a very modest rise on it's debut, a day when the markets were down overall. But in the following week, Pivotal has risen about 20%. DocuSign is a good example of a cloud company that has pursued a massive market opportunity. DocuSign has a $2 billion dollar run rate ($518m revenue in Q1, doubling over the last two years) with a quarterly loss of $52m, compared to $115m a year ago. While the company certainly could have gone public earlier, at a $6 billion market cap, the wait seems to have been worth it.

One of the factors fueling demand for new IPOs are the strong Q1 results among public tech companies including Amazon, Facebook, Microsoft and even Twitter.  Microsoft's stock has recently hit a historic high, based on the growth of its cloud business. Considering that Microsoft was a laggard in this space, it speaks to not only the disciplined management that CEO Satya Nadella has put in place, but also the huge upside that still exists for tech companies with recurring revenue SaaS offerings.

And that's precisely why we should expect to see even more IPOs in the second half of 2018.  It looks like Acquia, Anaplan, Avast, CarbonBlack, Domo are likely to go out in the next few months. I would expect to see quite a few IPOs between now and mid-August when bankers head out on vacation and then more in the fall.

While there has been a lot of volatility in the market earlier this year, it has still been a nine-year bull market and at least in the tech sector, it seems that there is still a lot of headroom for growth.

What companies do you think will IPO in the rest of 2018? Will the bull market keep running? Let me know your thoughts by posting a comment below.