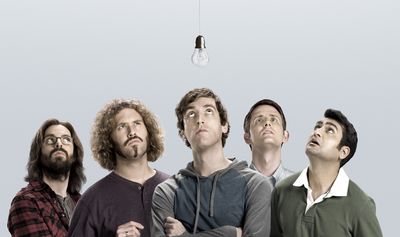 There's been quite a bit of press recently about whether there's a tech bubble or not. Certainly, things are overheated in the valley. Traffic is out of control, competition for talent is fierce and there are definitely some companies with billion dollar valuations that seem, well, a little suspect. If HBO's series "Silicon Valley" is meant to be a satire of the worst in tech, it's remarkably close to the truth in some areas. I think the show is funny, but almost every farcical element in that show seems way too close for comfort.

One of the things newcomers to the industry forget is that, like most sectors, tech is a cyclical industry. There are boom times when stocks seem to just go up and there's unlimited demand for IPOs and then, well there's the opposite. That's what happened in the early 1980s, more severely in 2001 and again in 2008. There have been a couple minor corrections to sky-high SaaS valuations in 2014 and 2015, but nothing like we saw in earlier downturns.

The companies I work with all seem to be in good shape. They've got plenty of dry powder, having raised money in the last 12 months and generally are increasing their efficiency in terms of customer acquisition costs, cash position, etc. But for companies that have less than 12 months of runway, there could be problems. Like, a going-out-of-business problems. As is occasionally reported by new CEOs who run out of money, there's this tricky thing called "burn rate."  Which basically means, you should make more money than you spend. Really, it's not that complicated.

When you build a company, you can't just optimize for growth at all costs. Otherwise, those costs can easily exceed what you're bringing in. And when the piper changes his tune and VCs and Wall Street decide to no longer value money losing companies quite as optimistically as those that are generating cash, it can lead to some pretty ugly situations. Just take a look at the downfall of GetSatisfaction, Fab, Zirtual or even Good Technology, which managed an exit, but at less than half it's billion dollar valuation.

GoodTechnology was around for almost 20 years and raised $290 million (!) over six rounds. The company talked about doing an IPO back in 2013. They filed for an IPO in 2014 and then amended it in 2015. Sadly, their growth started to decline while losses continued to mount. They lost $95m on revenues of $158m in revenue in 2014 leaving them just 7 months of runway in 2015. 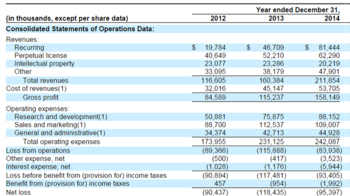 Presumably Good couldn't raise more money and couldn't do an IPO in the current market. So they got acquired by Blackberry, a struggling company if there ever was one. While some of the investors and execs will have made money, I doubt the rank-and-file employees got much out of it.

It was probably lucky for Good that they didn't complete their IPO. While strong SaaS performers like Hubspot, Zendesk, New Relic have done well with steady growth in their revenues and share price, there's an increasing number of tech companies trading well below their IPO price including Alibaba, Apigee, Box, Castlight Health, Etsy, Twitter and others.

Bill Gurley from Benchmark Capital has been a particularly strong voice reminding startups that "Winter is coming"; valuations are being compressed and CEOs need to make sure they have a path to profitability.  Words to live (or die) by.