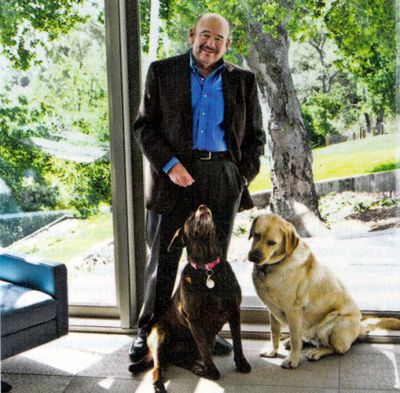 Norman Nie, co-founder and early CEO of SPSS, died a few days ago. I had the pleasure of working with Norman for several years when I was on the board of Revolution Analytics where he was CEO for several years. Norman was as smart and tenacious a software executive as I'd ever met. Well into his 60s, Norman was gearing up for another bite at the apple. He was a huge believer in the power of Open Source R as a way to build the next generation of statistical software and predictive analytics.

While not a programmer, Norman's impact on the software industry was giant. He created SPSS in 1968 along with Tex Hull and Dale Bent at Stanford University. When Nie moved to University of Chicago, Hull joined him and they continued development for several years, giving the software away free to universities and businesses and publishing a textbook manual. When profits started rolling in, SPSS was incorporated in 1975 with Nie as CEO.

SPSS is one of the oldest mainstream commercial software packages that is still available today. The original version of SPSS was written in Fortran and ran on mainframe computers. It was ported later to more than 60 operating systems including minicomputer platforms, DOS in 1982, with Mac and Windows versions following in the early '90s. SPSS was the "swiss army knife" of statistics and introduced predictive analytics to a generation of students and computing professionals.

SPSS was eventually acquired by IBM for $1.2 billion in 2007. In a strange turn of events, Norman sued the company to assert his rights in the ownership of the SPSS name and trademark.

Just last week, with the final board meeting to approve the acquisition of Revolution Analytics by Microsoft, Norman Nie passed away after a long battle with cancer. I'm told he approved the acquisition from his bedside in his last remaining days. Norman was that kind of a guy.

He was a helluva fighter, a smart, passionate son of a gun. Not always easy to work with, but he went out with his boots on and fighting until the very end. He made a mark on the industry that will continue to inspire others for decades on.

I paid for much of my graduate education back in the 60's doing contract programming for a public school system. Most of that work was done using SPSS. It was a great product.

Norman did not develop SPSS. He was not a programmer.
He stole the Fortran code from the statistics lab at the university of Chicago. He was a thief.

Norman was not a programmer, that's true. But he built the company. What did you do?