What Makes a Good Incubator? 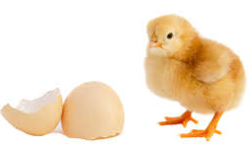 Although I took most of the summer off, I did spend some time with various San Francisco business incubators including Heavybit (which focuses on infrastructure and tools) and Hub Ventures (focused on technology with social good).  And I'm familiar with probably another half dozen incubators in the SF Bay Area where I either know people or have spoken at or attended various panels.

Of course, you would expect San Francisco to have lots of incubators.  But what's surprising to me is just how many business incubators and accelerator programs there are in North America --several hundred it seems. Not to mention numerous incubators in Europe and Asia.  And each one seems to have a couple of dozen promising tech startups.  While the costs of starting a company have fallen dramatically with open source, SaaS and cloud technology, I'm not sure the odds of success have risen.  If anything, the low-bar to creating companies is making the early stage startup market even more competitive.  Every good idea seems to spawn more than it's share of copycats and wannabe's.

While there are real benefits from the mentorship and connections you can make at a good incubator, it seems that the rush to create many tech companies has spawned some pretty lousy incubators.  David Cohen of TechStars recently posted "A Horrifying Accelerator Story You'll Need to Read Twice" that tells the tale of an unnamed incubator from the perspective of a participating startup company.  Short version: lots of promises, psychotic drama and bushel of lies:

A month later, we’d seen or heard from the founders of the top-billed startup exactly zero times and there had been exactly zero sessions for learning... By the end of the 4 months, their total time invested was 45 minutes with the accelerator. It was very strange given the outline for the program included a very specific syllabus with promises of luminary speakers, tech for non-tech founders, and more. None of it happened.

If you're giving up equity make sure you do your homework before choosing to go with any incubator.  And in particular, speak to companies who are at or have graduated from the program and find out whether the promises of mentorship, investor connections and demo days paid off.  Did they launch their product or service?  Did they get funding?  Are they making money?  While everyone knows most startups have long odds and won't make it in the long run, it's worth remembering that it's probably also true for many of the incubators themselves.