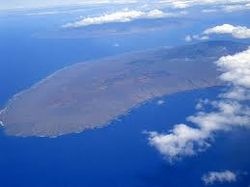 Yes, it's true, Oracle CEO Larry Ellison has bought 98% of the Hawaiian Island of Lanai for $500m.  The island was previously owned by David Murdock who bought Dole in 1985.  The island has 3,200 residents, two luxury resorts, two golf courses and is 88,000 acres (141 square miles) in size.

Here are some alternate headlines & subheads

Says "What Island?  I only wanted a closed off veranda.  Doesn't anyone listen to me?"

Thanks Safra Catz for Really Screwing Customers in Q4

Tells 3,200 Residents to Get Cracking on Oracle 12i

Still Angry About Getting Outbid on Yammer

First two are very funny when read together.