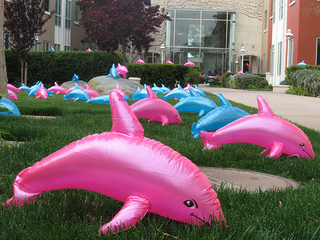 Although we had previously planned to make MySQL 5.1.26 RC into the GA or production release, we've decided to instead incorporate two more release candidates into the schedule. The goal is to make sure that MySQL 5.1 is absolutely rock solid, even if it takes a few more months to release it as GA. Given the additional two releases candidates, I expect MySQL 5.1 will GA in late November of this year.

First of all, there will be several dozen additional bug fixes included in a 5.1.28 release expected to be available mid-September. Many of these bug fixes were completed and queued up ready to go after the GA release as part of our monthly rapid update cycle. Since the GA obviously didn't happen, we're incorporating these into the RC immediately. The bug fixes generally fall into three areas:
-potential crash bugs
-performance / scalability improvements
-improvements to Row-based replication

Some of the bugs being fixed are corner cases and unlikely to affect many users, but since the fixes were in place, it makes sense to include them in 5.1.28. With some assistance from Sun's performance team and the InnoDB team we were able to make a couple of fixes that improve performance on multi-core systems, which is good for our most advanced customers who are pushing the limits of scalability. And finally, our support team asked for a utility to make it easier for customers to see what's going on in row-based replication. Kudos to all the hard working Engineers who made these things happen.

Following on the September 5.1.28 release, I expect we will have an additional release candidate (5.1.29) in October, with a smaller number of remaining bug fixes. If all goes well, we'll declared our GA release in late November and move to our normal monthly and quarterly release cycle. And to be on the safe side, we'll make sure there are plenty of community binaries released so that everyone gets the benefits of any additional bugs that are found and fixed.

In the last few months there has been a lot of good input from folks in our community team, from the support organization, from MySQL founders, from Sun's software CTOs and others weighing in on our processes and helping us to ensure that we are following a good discipline. Thanks to everyone who contributed to this dialog.

In the end, I think we reached a good decision. If 5.1.26 was good quality, then I know that the subsequent release candidates will be even better. I'm also confident that our RC releases are higher quality than our current 5.0 GA release. We've been running 5.1. in production at MySQL for more than a year without problems. That's not an exhaustive test case by any means, we are also not the only ones running 5.1 in production. So by all means, I encourage you to test out the latest RC releases of 5.1 and put them through their paces. There's a lot of great new features in 5.1 and I believe it is already our highest quality release ever.

I'm not trying to be a negative Nancy here, but how much longer is MySQL going to string people along? To me, if 5.1 has taken this long to be released, something seems to be broken with the process. Badly.

Is posting the picture a way of indicating that this is an April Fool's Joke? :)

I can understand that reaction. 5.1 has taken longer than expected. That said, I think our processes have improved a lot and we will also get some benefits from Sun here going forward. There's no doubt in my mind that with both the 5.0 and 5.1 releases we tried to cram in too much stuff and as a result it took longer. Going forward we will move to have more frequent releases but perhaps with less ambitious features in each.

And I encourage you to try out 5.1 for yourself.
--Zack

Actually I use 5.1 on a daily basis, although not in production. It's very nice which is why it's so terribly annoying that it's not stable yet :)

Given the very very late release of 5.1, can you really hold on to the current end of life cycle for 5.0?

Likely we'll extend the 5.0 EOL dates. We don't want to force anyone to move faster than they want to.

If there are specific instabilities that have been found in 5.1, please submit the bug or let me know.

Sheeri,
I just wanted a colorful picture rather than a logo.

I really want you guys to win, but it sure seems like your development processes could use some work. Perhaps you could spend some time with your new Sun owners to understand their dev/release cycles.

I run three hospitals on Sun, and as interested as I am in adding MySQL to our world, I'd really like to know I can rely on your teams as I rely on any other element of my core infrastructure. Sun does this superbly well, I'd like to see you guys inherit that wisdom/maturity.