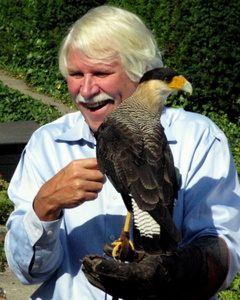 Save some really hard bugs for him? Maybe. But he'll probably declare they aren't really bugs.

No need to save some really hard bugs for him.
The main cause of Falcon bugs has left the project.

can you explain to the rest of the community (and me), what you have enriched the world with. Something making your star shining so bright that it entitles you to speak about Jim in such manner.

Please enlighten, I really don't want to think of you as a stupid, jealous egghead, just posting ridiculous comments.

yapping is free, show any evidence that you have to backup your comments or just Shut up ! Every decent IT professional who's been working with database knows what Jim's contribution is. what about yours?

Dumbasses, he means there are only bugs in Falcon because of Jim Starkey.

This should be pretty damn obvious to somebody who isn't retarded like you are. After all, if Falcon didn't exist, it couldn't have any bugs in it!!! =)

Much ado about nothing. The infighting is among a group supporting the project and appreciating the pioneer. Any intentional slight would be put in the wrong place here unless someone just wanted attention.