Recently MySQL sponsored an open source survey conducted by the Independent Oracle Users Group (IOUG).  The study's findings have now been published and are available from IOUG and also from the MySQL site.  Most of the open source users are attracted by the cost-savings of open source (67%), with the freedom from vendor lock-in also noted as the second most significant factor (28%).  52% of those surveyed plan to increase their use of open source in the next year.  Not surprisingly, many run MySQL side-by-side their Oracle database servers --a pattern we have noticed for quite some time.  The survey also highlights some of the concerns organizations have with open source, with Enterprise support (54%)and security (35%) being key factors.

Here are a couple of interesting charts from the survey.  Sorry for the small size --you can click on the chart to get it in a larger window. 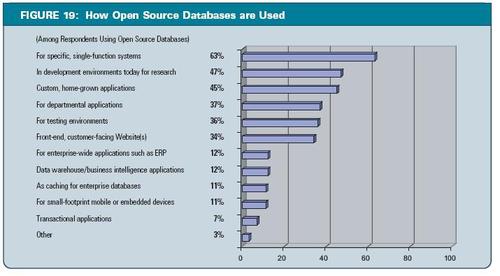 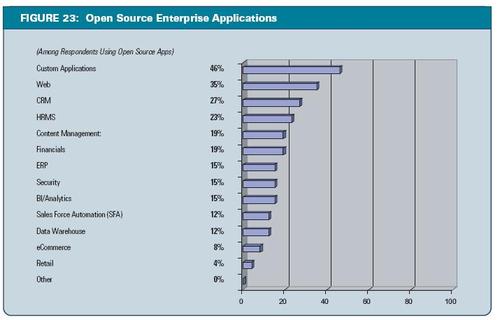 More info available in the full report available below. 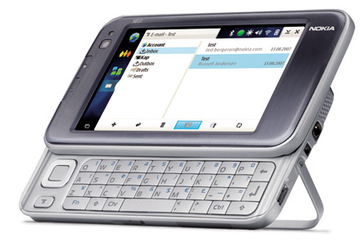 Nokia has announced an updated version of their Internet Tablet with the new N810.  This is a huge upgrade to an already solid device and platform.  Highlights of the N810 include:

The N810 looks like a great device and a great open source platform for developers.  Existing Maemo apps for the N800 likely need to be recompiled in order to fully use the new capabilities of the N810, but this should be pretty straightforward.

Nokia has also announced a limited developer program with pricing for 99€, which makes it a no-brainer for anyone thinking of porting an app to the Maemo platform. This is way more interesting for developers than Palm's since-cancelled Foleo and arguably as good as the iPhone.  Though to be clear: the N810 does not offer cellular connectivity --which is admittedly ironic considering it's from Nokia.

While I haven't got my hands on a N810 yet, at least on paper this looks like the ultimate in portable internet connectivity and may be powerful enough to leave behind the laptop, at least for use at conferences and meetings away from the office. The N810 will be available in November for a list price of $479.  You can read more about it at the links below.

Sold Out MySQL Events in Europe

We held our one day MySQL User Conference in the UK this week to a good crowd of nearly 200 people.  We've also got our events lined up Munich tomorrow and in Paris next week. Overall feedback has been very positive and we've maxed out registrations in Paris.  However, there's still some space available in Munich.