Disruption in the Software Industry 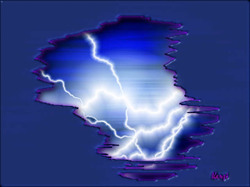 Yesterday, I wrote about some examples of disruption.  When an industry gets disrupted, there's usually a consistent pattern that emerges:

I think the same pattern that happened with PCs disrupting minicomputers and Salesforce.com disrupting Siebel is now happening with open source software including Linux, the LAMP stack and MySQL.  Many corporate IT managers considered Linux to be woefully inadequate in its early days and for the most part, they were right.  But it was good enough for quick and dirty applications and for provisioning non-critical systems like file & print servers and web servers.  As the web started to grow in importance, those niche applications became more prevalent and Linux continued to get better.  Now you find Linux in pretty much every corporate data center in the world.

We see the same thing happening with MySQL.  It gets deployed on a lot of niche applications, like web sites, ecommerce, data warehousing, reporting, custom applications and telecommunications infrastructure.  And those niches are growing faster than the rest of the database industry.

Typically, MySQL does not replace the existing legacy databases in organizations.  In fact, many of our customers are also users of Oracle, SQL Server and DB2.  But they use them in different areas.  As Charles Phillips from Oracle said a while back: Oracle and MySQL are both in the transportation business.  But Oracle is a 747 and MySQL is a Toyota.  Unless you're very rich, a 747 is not a great commuter vehicle.  But admittedly, I would not want to drive cross-country for a meeting in New York.  So in most companies, there is room for both solutions.

In the past year, we've seen some changes in the industry that seem to be in direct response to the ongoing disruption from open source.

A year ago, these moves would have been unthinkable.  But now I think they are helping to validate open source and demonstrate that open source is getting on the radar of CIOs.  Microsoft tried ignoring open source and then they spread a lot of FUD about it.  Now they seem to be waking up to the fact that customers want them to work with open source.  Will these be lasting moves?  It's hard to say.  But its a clear sign that open source is not going to disappear.

At MySQL, we have long focused on using disruption as a way to make our customers' lives easier.  The first stage focused on making developers' lives easier with a no-nonsense database that was easy to use, reliable and fast.  The second stage was the introduction of MySQL Enterprise and the Monitoring & Advisory service that makes the DBA's life easier.  And now the third stage is to make the IT Buyer's life easier.  We are doing that by announcing today something we call MySQL Enterprise Unlimited.

For $40K (the price of a single CPU of Oracle) you can get an enterprise wide use of MySQL Enterprise, with production 24x7 support and unlimited use of the MySQL Network Monitoring & Advisory Service for a year.  For customers that are used to spending $1 million or more on closed source licenses, this is a heckuva good deal.

Zack, great to hear from you, and thanks for your email asking if open source is disruptive. I absolutely think it is. Perhaps the most disruptive aspect of open source is the way it is being used in the startups we see to accelerate the time it takes to get new software products or web sites to market. We like to see entrepreneurs that are lean and mean and can iterate very, very quickly, to keep pace with the rate at which consumers and companies are now adopting new technology. Open source is often a critical component of this ability to iterate, whether it means running on a low-cost Linux system or creating a community based on an open source system like drupal. Look forward to hearing more from you soon!

Also, check out a little utility I built for fun at www.blogsigs.com - puts a link to your latest blog post in your emails automatically.

David, thanks loads, good to hear from you. Maybe its just a silicon valley phenomena, but it seems to me all the high tech startups are using commodity Intel / AMD boxes, open source software and hosted services to launch their businesses. And as they grow, they are just scaling the heck out of the same infrastructure rather than trying to move up to proprietary closed systems.

Zach, the message of delivering customer choice is a wicked smart idea.

Not everybody needs a 747. At the same time, nobody (really) wants a 747 that’s been stripped down to look like a Toyota.

I think we are in the price phase of the database lifecycle.
The best thing as you mentioned from MySQL another post was opening up of the database storage engine. This allows MySQL to move out of just the relational/transactional database domain, a very very powerful move.

Everything that Oracle are attempting is the control the whole enterprise software stack, they may be seeing the need in the future for reliability of the whole stack vs individual parts. Hence the move into Unbreakable Linux to complete it. I was even at a presentation from an Oracle VP who talked about this.

Paul,
thanks for your comments. I think you raised a good point about Oracle looking to deliver more of a stack solution. It's not clear yet whether that's what customers want (e.g. a single supplier with all of these components) but it's not a bad strategic play on their part. I'm not sure that there is a "price phase" in a product lifecycle. There are price pressures to be sure, but that's just one element of how open source is disrupting the business model.

You have to admit that the open source community is getting pretty crowded.

We are all ready to boom up but are waiting for the right moment.