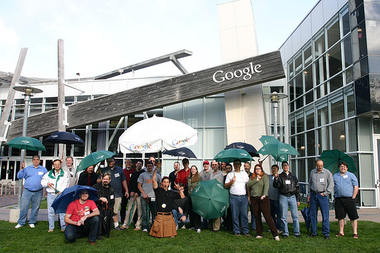 We held the first ever MySQL Camp "un-conference" last week and it turned out to be a great success.  Kudos to Jay Pipes from our Community team for putting together this great event. There were over 200 registered attendees contributing ideas, sharing best practices techniques and generally geeking out on MySQL.  It was great to have attendees from some of the heavy-duty MySQL users like FaceBook, Google, Yahoo, YouTube, Flickr, SixApart, AdBrite and many others mixing in with key developers, consultants and SEs from MySQL.  We also had a few of our partners there including Hyperic, Proven Scaling, Solid, Zmanda, Zimbra and even Ken Jacobs ("Dr DBA") from Oracle. 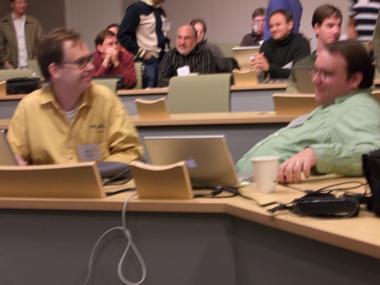 There was quite a funny moment during the introductions on the first day when someone from the audience asked Ken "Do you work for InnoDB?" and Ken responded back "No, InnoDB works for me!" While Ken dodged questions about Oracle's plans to fork Red Hat Linux and even their reasons for acquiring InnoDB, he did ask people to judge Oracle by their actions and not get into speculation on their motives.  Since Oracle's a publicly held company, he said he's constrained about what he can and can't say, so he didn't really say much at all on those topics.  But he did say "Oracle would never do anything to harm MySQL and in fact we couldn't even if we wanted to."  Oracle has done a good job working closely with MySQL and they have made good on their promise to continue to fix bugs in InnoDB that will ensure more scalability for our users. And earlier this year Oracle renewed the agreement with MySQL to continue to provide InnoDB thereby cementing the relationship for many years.  And as Ken pointed out: "Oracle was MySQL partner of the year this year and we hope we can earn that again next year."  As Heiki Turri, who works for Ken, has said, it us "business as usual" with Oracle managing InnoDB. 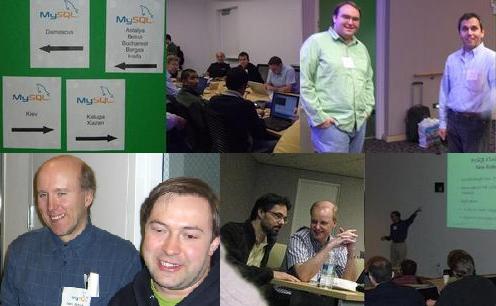 If you missed out on MySQL Camp, you can find some of the highlights from the links below.  And I'm sure Jay will do his best to get some of these great sessions on our official agenda at the MySQL Conference in April.