InformationWeek's cover story this week is "Open Source Goes Corporate" describing in depth 10 large corporate users of Open Source software.  Although there are quotes from MySQL guru Jeremy Zawodny at Yahoo, the real story is about how mainstream corporate users like ABN Amro, Sabre, Fidelity, Disney, Continental Airlines and others are now adopting open source software.  For anyone who needs evidence to show their managers that open source is good enough for Enterprise use, this is a great article.  These are big applications in billion dollar companies.  They may not be "betting the farm" on a completely open source environment, but they are using it for business critical applications that have dozens or even hundreds of servers.  Also, check out the audio presentation by Jeremy Zawodny from OSCON below.

Ok, if you don't read Swedish, you might be wondering what the headline above means.  It's a rough translation of "We kill bugs dead" which I used in a presentation to our developers a few months back in Prague.  Since then, it's become somewhat of a mantra in the Engineering team, who are relentless in killing all the bugs they can find.  Which is exactly what we wanted in our MySQL 5.0 release candidate, announced today.  MySQL 5.0 RC has no known showstopper bugs (e.g. Priority 1 or 2 bugs) and no reported bugs from our Beta testers.

I'm sure there are still a few weird corner cases lurking here or there, but it's solid enough for production use at this stage and we're encouraging folks to take it out for serious usage.  In fact, we'll be giving away prizes for the best bugs. 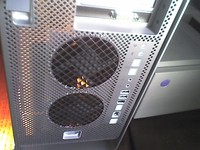 A couple of weeks ago, MySQL got our first Intel based Macintosh machines.  Very cool!  Unlike Adobe's expereince, in just a few hours, we were able to recompile MySQL 5.0 beta using the standard GCC compiler, get it linked with the appropriate Mac Intel libraries and get the server up and running.  So far, performance is fantastic!  (And this is a beta release on a beta platform!) (Actually, we've also been able to run MySQL on Longhorn with a recompile, so perhaps this has more to do with our code than with the platform itself.)

Nonetheless, the Mac platform has won a lot of hearts and minds of open source developers.  At any open source conference, I see a ton of Mac laptops since it's running Unix with a great GUI.  A lot of our developers at MySQL are absolute Mac heads and I think we'll see growing adoption of the Macintosh as Intel boxes become available in 2006.  Technically the Mac OS/X will only run on Apple hardware, but as Jon Dvorak points out in his PC Mag column, people will figure out how to hack it so that OS/X can run on any garden variety Intel PC.

Evolution of the GPL 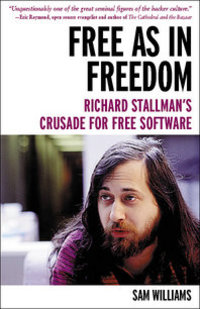 I've intended to write about this a few times, but the overall GPL process seems to be so, ah, methodical, that a week here or there probably doesn't matter one way or the other.  At any rate, the Free Software Foundation (FSF) has been working on updating the GPL license in order to take into account just how software is used and deployed in the 21st century.  Much of the GPL license (and some of the confusion around it) is based around the notion of distribution, which was apppropriate back when the GPL was created, but now more and more software is never distributed it's just hosted at companies like Yahoo, Google, Amazon and others. Technically the GPL license is known as a "reciprocal" license meaning that if you distribute GPL licensed software with your own software that must also be GPL. (OK, this is a simplification.  If you want to read the full GPL license, feel free.)

We use the GPL at MySQL as the basis for our own "Quid Pro Quo" approach which boils down to "if you're open source, we're open source" but we also offer a commercial license for those who need that. (I sometimes tell people we have chosen the GPL but we're not trying to convert anyone to our particular religion. We work with customers however they want to work.)

Nonetheless, the GPL license is now 14 years old and it's good that the FSF is updating it. David Axmark, one of the co-founders of MySQL, has been providing his input into the GPL process working with Eben Moglen and others for several years.  In his view, the GPL V3 is making good progress but "it's not quite done yet":

I believe that Eben and RMS had exchanged 960,000 (!) emails on this topic over two years ago (it was mentioned at the FSF associate members meeting in Boston 2003 that I attended).

A new GPL is a hard balancing act between the big companies that currently support the GPL, the core Free Software principles and thousands of developers who choose to use it for their code. Another complication is that the GPL is a global license and it needs to work everywhere.  Licenses are also notoriously hard to alpha & beta test. They go directly to release and even simple bugs cause a lot of havoc! 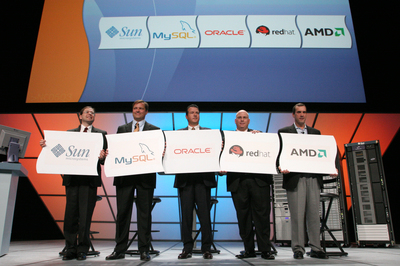 Earlier this week in New York, Sun launched a new line of Opteron powered machines designed by co-founder Andy Bechtolsheim who returned to the company about 18 months ago.  Great performance, great price and they run cooler on less power than competitor's Intel based boxes.  Plus they actually got Microsoft, Oracle, Red Hat and MySQL to support them!  What's not to like?  They're perfect for scaling out large applications using MySQL 5.0.  And there's more horsepower to come from what the Sun folks tell me.  Sun is certainly keeping everyone on their toes these days!

PHP remains the most popular language for MySQL users.  Not only is it used for scripting web applications, it's used in a broad range of very scalable enterprise applications, content systems, interactive applications and more.  Zend is one of the leading companies in this space founded by PHP 4 co-authors Zeev Suraski and Andi Guttmans.  They're going to be celebrating 10 years of PHP at the Zend PHP 05 conference in the bay area October 17-21.  There are quite a few good keynotes and presentations there including one by JD Duncan, ace MySQL consultant, who will showcase some pretty interesting work done at CNet using MySQL and PHP together.  This promises to be a great conference and I encourage folks to check this out.

Bernard Golden, CEO of the open source consultancy firm Navica (not sure what that word means!), writes a regular newsletter on open source as well as a bi-monthly column in CIO magazine.  I don't always agree with everything Bernard writes, but he's got a good perspective.  He's been around the software industry long enough to understand the difference between a trend and a fad and knows how to help companies navigate the waters (could that be it?) of open source.  Definitely worth subscribing to.

Bernard's also written an excellent book "Succeeding with Open Source" and has made Chapter 1 available here. 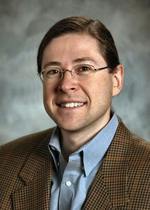 Sun has quietly retired the Sun Industry Standards Source License ("sizzle") which was used by Open Office in favor of the more standard LGPL.  To be honest, I'm not sure that license proliferation is quite the big deal the press makes it out to be given that something like 70% of all projects on SourceForge use the GPL.  But there probably isn't the need for all these variations of licenses and Sun's taken a step in the right direction by eliminating a license that never really caught on.  There are probably another dozen out there that could be replaced by GPL or the Mozilla license for what it's worth.

To Sun's credit they do appear to be embracing open source where it makes sense. Jonathan Schwartz, Simon Phipps and crew are not only talking the talk, but also walking the walk.

Microsoft Says No to Office on Linux 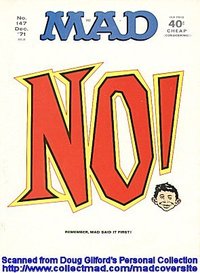 Ok, I don't know why anyone would be surprised by this, but Microsoft has told OSDL that they're not interested in creating a version of Office for Linux, there are no plans to do so, there's no secret prototype, nothin'.  Nada. Zip. The good news is OpenOffice is getting better all the time and Zimbra is a good Outlook / Exchange replacement.

There are folks at Microsoft help ensure co-existence and integration of open source technology within Microsoft customers, and we work routinely with folks from the Microsoft Windows group.  Many people are surprised, but Windows remains our #2 platform after Linux.  There are a lot of folks who use MySQL on Windows, especially for development.  We also get a lot of users who like the fact that they can develop on Windows and deploy on Linux, Mac, whatever.

The interesting thing is that Microsoft has moved away from it's hardcore "Linux is cancer" perspective to one of putting their toe in the water on a few open source projects (like the WiX installer) and allowing a few groups inside the company to work with open source companies.  For example, Microsoft is a sponsor at the Zend PHP conference in the fall.  Who knows, maybe Microsoft will one day embrace open source!